Downloadable content showing the lineage of all AWS instance families. Whilst the EC2 Instance History blog post by Jeff Barr give a good starting point about instance history it misses some important parts. As a result I’ve recently spent some time looking at the history of each EC2 compute family and produced a downloadable lineage map showing how each of the five groups of families have evolved since the first release in 2006!

UPDATE 4th June 2018 This post has been amended to show the M5d instance family. 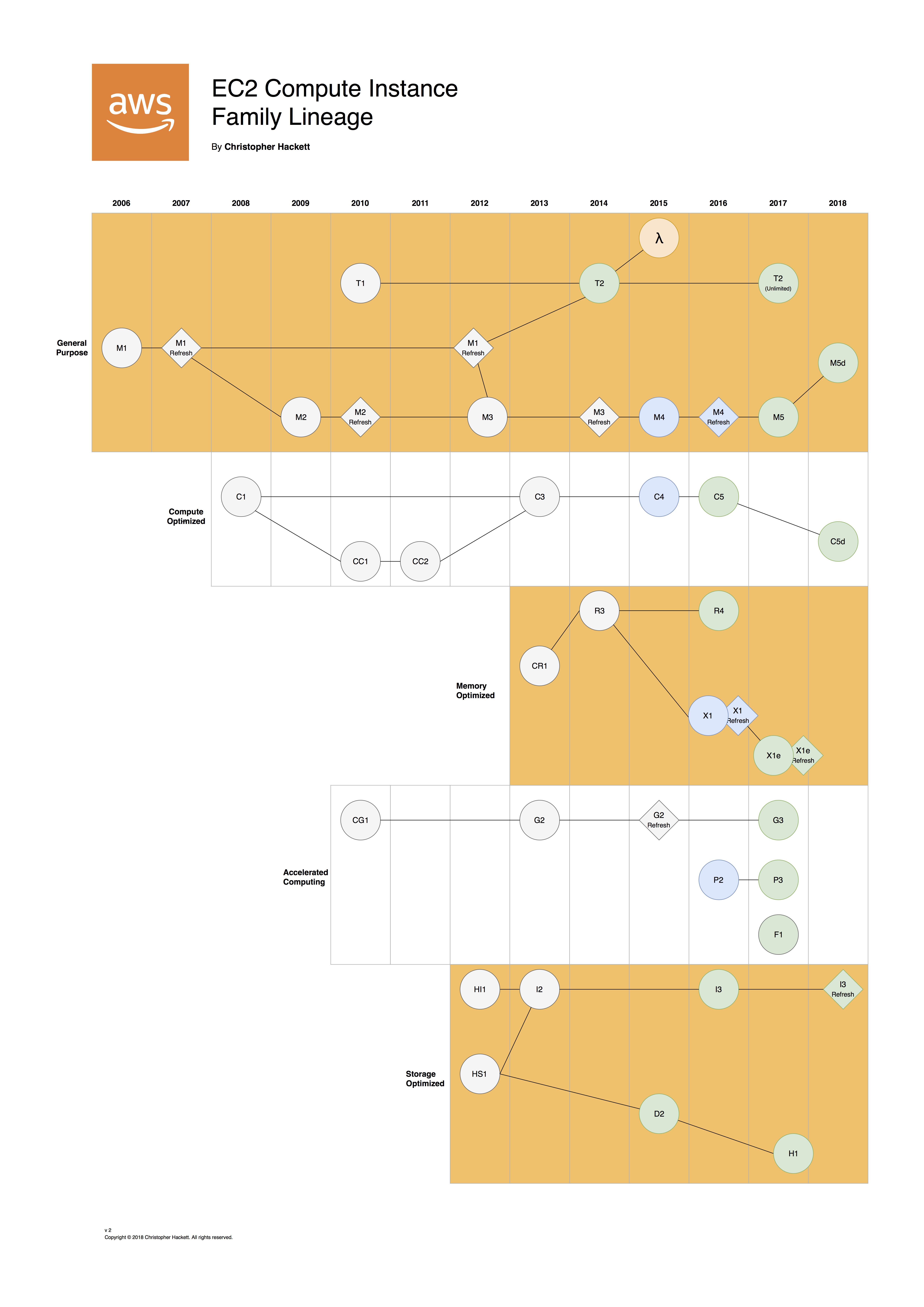 The launch of EC2 beta in 2006 provide the first ever EC2 Compute Instance Family (M1) and what would later turn out to be the first grouping of families. Several years later the arrival of T1 brought a new lineage to the grouping.

Included for reference is the introduction of AWS Lambda in 2015.

Compute optimised grouping of families was the the first specialised computing group and launched in 2008. The grouping is mostly classified by the prefix ‘C’ with some caveats. In 2010 we saw the CC1 and CG1 instance families launch. These double alpha prefixes families only launched for a few years with the last of this type launched in 2013.

The instances in this grouping are idea for in memory workloads and databases. It is the newest optimized grouping having only been started by the CR1 instance family in 2013. As such it only has two previous generation instance families (the CR1 and R3).

The accelerated computing instance grouping initially started by providing Tesla GPU and catered to both the usual GPU use cases as well as General-purpose computing on graphics processing units (GPGPU). In 2017 the F1 instance type provided the first field programmable gate arrays (FPGAs) on AWS allowing ‘custom machines’ in the cloud.

* F1 instance family was launched as Developer Preview in Nov 2016 but was only Generally Available in April 2017.

The storage optimized grouping is probably the most complex grouping to follow due to the numerous families with specialisms in the group.